“Blogs have been largely relegated in the face of the instant-satisfaction social media. Those that are being linked on commercial news services regurgitate universal knowledge, inspirational quotes, and ‘best practices’ boilerplate. In addition, we are now tracked, tabulated, diced, sliced and served to corporate interests on a golden platter. I don’t need to tell you why or how – we all know we’ve signed our souls away for the terrifyingly bad user interfaces of services like Facebook, Tumblr, Instagram and others. Did I say bad? I mean purposely bad, to encourage you to do what they want, while making it truly difficult to do what you want.
[…]
[W]e all need a kick in the ass to stop with the easy-to-consume poison Kool-Aid, and start caring about this. Others of my blog generation have made the move, it’s past time for me to do so.

I call “time” for the renaissance of the independent self-hosted weblog. I don’t care what you use, or how you use it, but get the hell off the commercial social services and get an independent weblog.

Welcome back Garret. We’ve missed you! 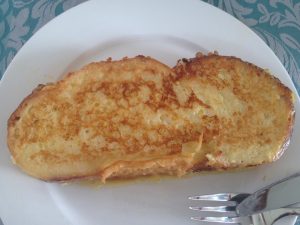 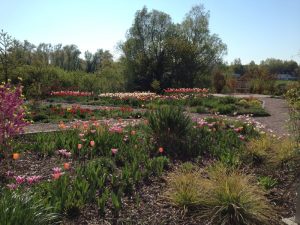 “For 17 days, a host of volunteers and a skeleton staff kept the trash cans and toilets from overflowing at Joshua Tree national park.

But on Tuesday, 18 days after the federal government shutdown furloughed the vast majority of national park staff, officials announced that vandalism of the park’s distinctive namesake plants and other maintenance and sanitation problems will require closure starting Thursday.

“While the vast majority of those who visit Joshua Tree do so in a responsible manner, there have been incidents of new roads being created by motorists and the destruction of Joshua trees in recent days that have precipitated the closure,” spokesman George Land said in a news release.”

Vox: Joshua Tree National Park has been trashed in the shutdown. Now visitors are cutting down trees. “Despite severe damage, the park will not shut down entirely.”

“A week ago, Joshua Tree National Park in Southern California was forced to shut down its campgrounds due to “health and safety concerns over near-capacity pit toilets,” according to CNN.

But despite the partial closure, things continued to get worse.

According to National Parks Traveler, visitors are creating illegal roads and driving into some of the park’s most fragile areas. They are also chopping down trees, setting illegal fires, and graffitiing rocks. With Joshua Tree being roughly the size of Delaware, the eight on-duty law enforcement rangers had no way to stop all the prohibited activity.”

I’ve been to Joshua Tree National Monument during a school exchange back in 1992, before it became a National Park, and again with André in 1999. It’s been on my list of places to re-visit more thoroughly, but now I’ll have to find out if it’s still worth it. It’s a shame that this is happening to Joshua Tree and many other National Parks because of a stubborn and incompetent president.