I can’t believe I’ve never mentioned scones before… I love scones with clotted cream and jam, preferably strawberry. Of course we had to have scones several times while in Scotland this summer, even though the cream part is not as common there as it is in Devon or England in general.

My plans for this weekend include making blackberry jam because I got a lot of blackberries from my neighbor, yay!

Also, I found clotted cream in a nearby supermarket a few days ago, which is not normally sold here in Germany, so I think I’ll bake Very British – Scones to live by and eat them still warm from the oven with clotted cream and blackberry jam. Looking forward to teatime tomorrow! 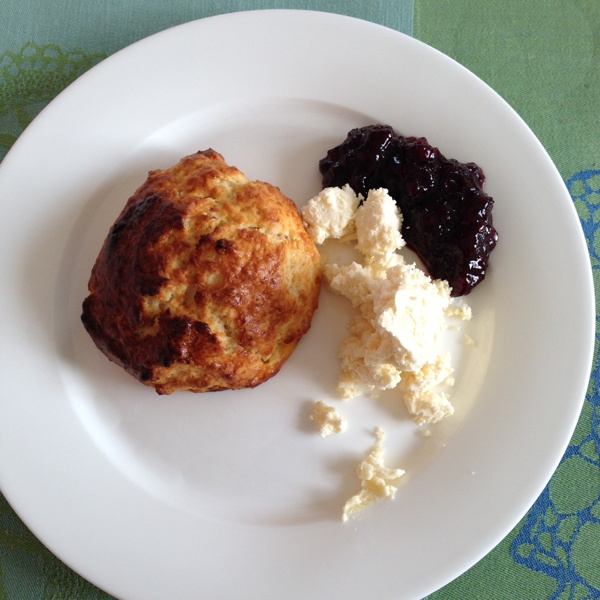 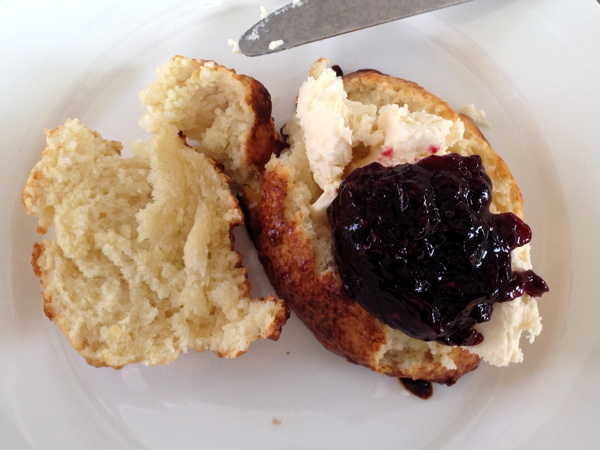