“After we published a list of President Trump’s lies this summer, we heard a common response from his supporters. They said, in effect: Yes, but if you made a similar list for previous presidents, it would be just as bad.

We’ve set out to make that list. Here, you will find our attempt at a comprehensive catalog of the falsehoods that Barack Obama told while he was president.” 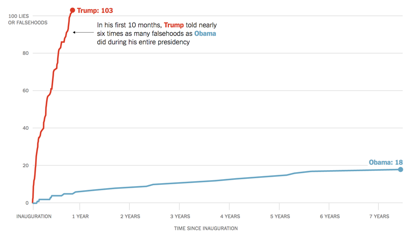