I rarely pretend that I speak French (I took three years of French at school, but that was more than a decade ago), but this is a reason to: Le petit Nicolas – He’s back (article from the Economist on December 9th 2004). In case you don’t know le petit Nicolas (aka Nicholas and gang, auf deutsch bekannt als Der kleine Nick), check out l’histoire de petit Nicolas at Goscinny.net, the official site about René Goscinny.

Goscinny’s daughter discovered a box full of stories about le petit Nicolas in her attic – and realized that they had never been published before. These eighty stories are now available as Histoires inedites du petit Nicolas. I don’t know about editions in English or German yet, but if these stories are anything like the ones in Le petit Nicolas, they shouldn’t be too hard to understand even if you’re not fluent in French. The stories were intended for children after all.

Links via David Michel: Le petit Nicolas est de retour! I spotted this while looking for something else entirely. 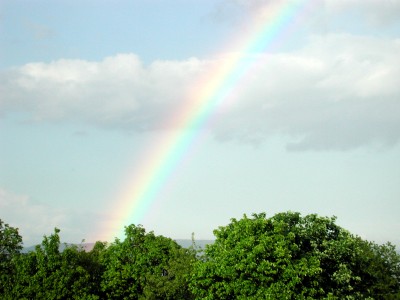 Finally it’s Spargelzeit again – the time of year where asparagus is abundant and has to be had at least once every week. André sent me the link to a Asparagus and Smoked Salmon Frittata that I made a week or two ago. Since then we’ve had asparagus about three or four more times; there are many good recipes at Pastaweb, but they’re all in German. Wir mögen besonders Penne mit grünem Spargel (und Hähnchenbrust) und Spargel-Sahnesauce mit Lachs.

Cooking is boring without spices, and the best online resource about spices has to be Gernot Katzer’s Spice Pages (gibt’s auch auf deutsch: Gernot Katzers Gewürzseiten). I linked to them before, but he kindly informed me that his site has moved, so I thought I’d post it again with the new address.

One day last week I was quite hoarse from a cold. Of course, this is a problem at school because how can you teach without your voice – right? It did work out without me not losing my voice completely, but afterwards I remembered that a teacher wrote about a day of teaching without talking at all on her weblog. She did this to support gays and lesbians, but the interesting part for me whas that she managed to do it at all: Let’s not hear it.

This also reminded me of a math lesson a couple of weeks ago. There was a mix-up of rooms, and I ended up having to teach in a room without a blackboard. I thought it would be difficult, but it turned out not hard at all. Maybe I talk and write too much in my lessons?