On this day we were on our own because Pauline was picking up her new car. André and I explored Plymouth and walked along the waterfront. And look, the weather was quite nice! 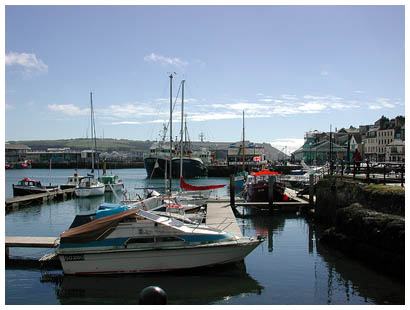 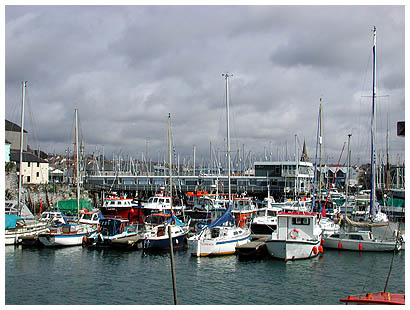 Our first stop were the Mayflower steps. There’s a plaque with the following text:

On the 6th of September, 1620, in the Mayoralty of Thomas Fownes, after being “kindly entertained and courteously used by diveres Friends there dwelling”, the Pilgrim Fathers sailed from Plymouth in the Mayflower, in the Providence of God to settle in NEW PLYMOUTH, and to lay the Foundation of the NEW ENGLAND STATES_ The ancient Cawsey whence they embarked was destroyed not many Years afterwards, but the Site of their Embarkation is marked by the STone bearing he name of the MAYFLOWER in the pavement of the adjacent Pier. This Tablet was erected in the Mayoralty of J. T. Bond 1891, to commemorate their Departure, and the visit to Plymouth in July of that Year of a number of their Descendants and Representatives.

This memorial, presented by Alderman Sir Frederick Winnicott. J. P. was unveiled by the right worshipful the mayor of Plymouth (Mr. Councillor E. Stanley Leatherby), on the 5th September 1934.

Here’s a panorama showing the view from the steps.

On the very left you can see the National Marine Aquarium, which was our next stop. 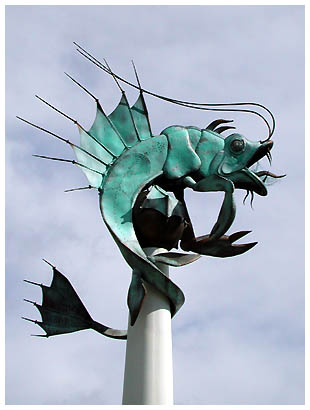 There were lots and lots of fish. 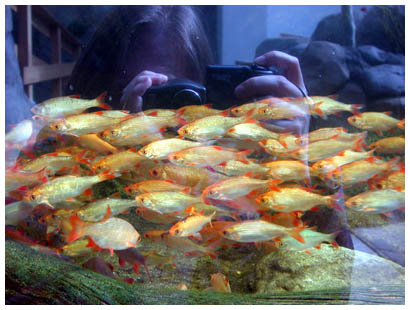 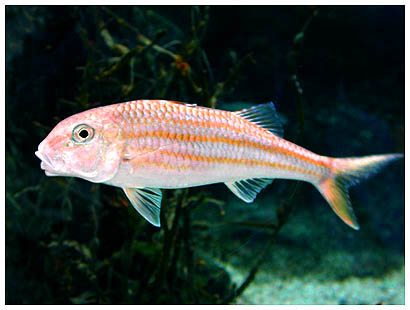 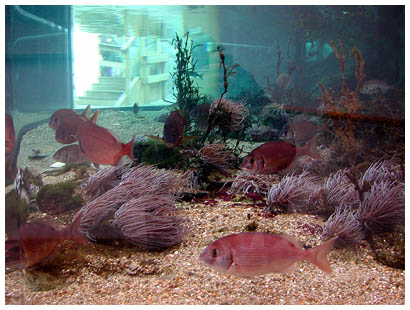 The tanks were huge. 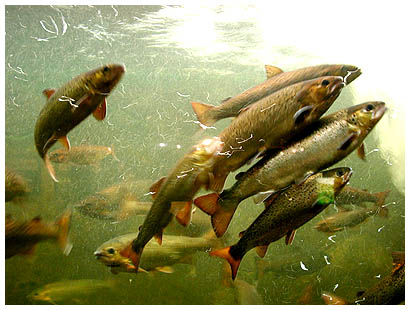 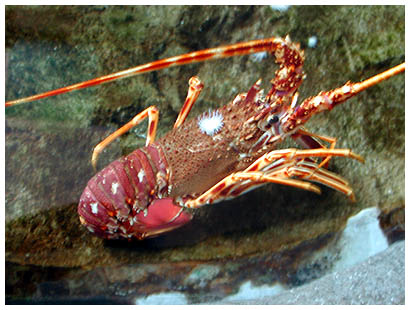 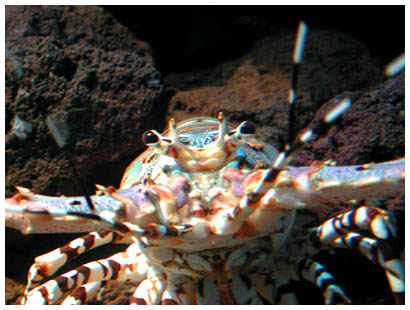 From the aquarium we went along the waterfront until we reached The Hoe.

The view from The Hoe

There’s a sculpture of Sir Francis Drake there, with a plaque that reads:

Francis Drake sailed from Plymouth on December 13, 1577, to begin the “famous voyage” during which he traversed the Strait of Magellan and discovered Drake Passage south of Cape Horn. Drake then sailed the Golden Hinde north and in June 1579 landed in California. He took posession of that region for Queen Elizabeth naming it Nova Albion. He returned to Plymouth September 26, 1580, having circumnavigated the globe. Drake was knighted aboard the Golden Hinde at deptford in the presence of Queen Elizabeth on April 4, 1581.

This plaque was presented August 5, 1977, by the State of California Sir Francis drake commision in commemoratoin of the Quadricentennial of Drake’s voyage around the world. 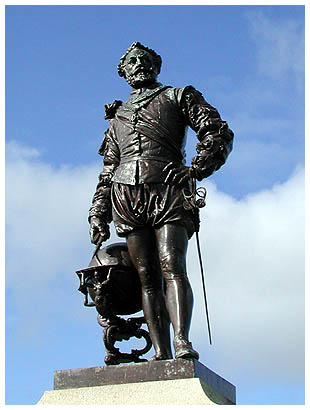 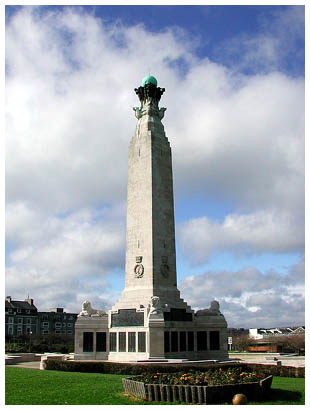 And there were some palm trees as well! 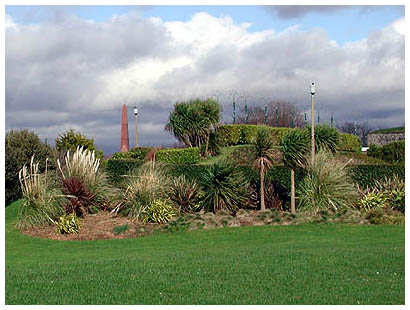 After a stroll through the inner city and a lengthy visit to a bookstore, we returned to Pauline’s flat.