The weather was not overwhelming, but at least it was dry between showers. We went to see Buckfast Abbey, “which is the home of a Roman Catholic Community of Benedictine monks in Devon, England. The first monastery was founded in 1018, but was suppressed by Henry VIII in 1539. It was refounded in 1882. The Abbey Church was rebuilt by the monks themselves. BuckfastÂ  now welcomes almost half a million visitors each year.” The church was basically built by six to eight monks in about 32 years!

Here’s church from the outside: 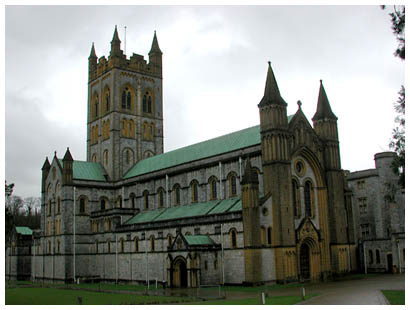 And here are some older buildings next to the church. 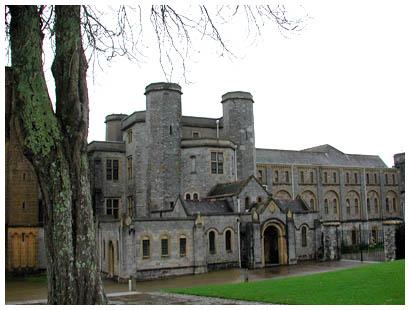 Inside, there were beautiful rows of arcs on both sides of the main area. 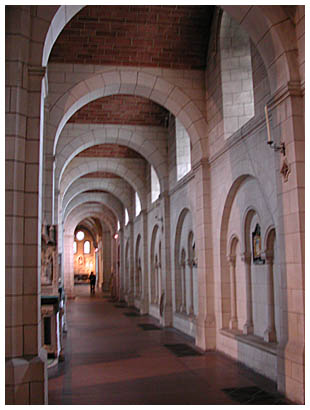 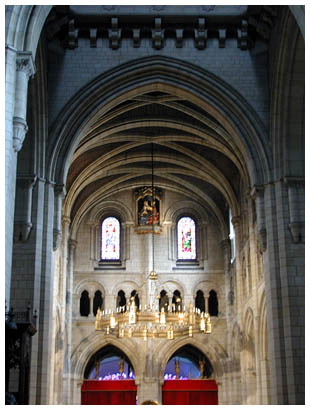 Above the altar is a beautiful and very colourful painted ceiling. 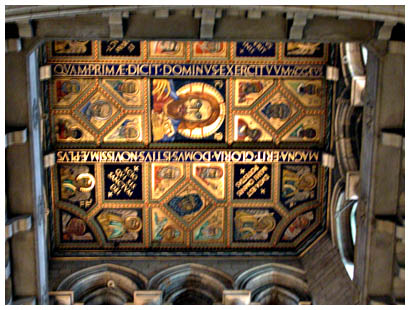 One of the Buckfast monks is a very talented artist. He creates beautiful stained glass windows, and one of them is in a newer side building of the church. I’ts huge! 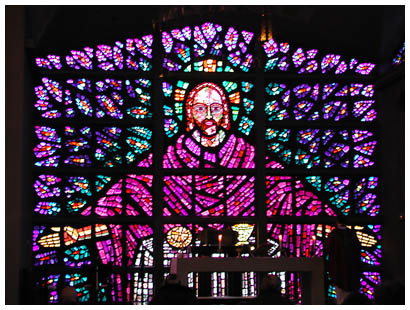 The oldest part of the abbey that is still standing is this gate. I think it dates back to the 13th century. 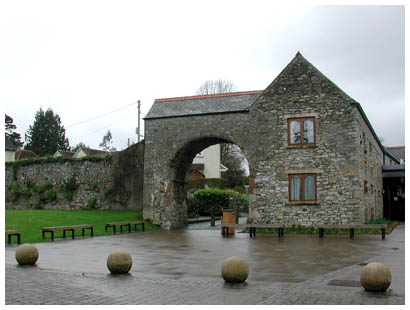 And although the weather didn’t look like it, spring had begun already! At least a little bit… 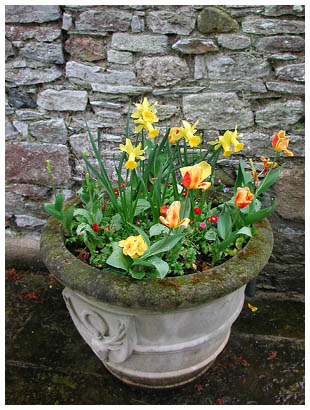 After visiting the abbey, we went to the nearby Buckfast Butterflies and Dartmoor Otter Sanctuary. Since it was early in spring, there were no butterflies, so there were only a few turtoises in the butterfly house. 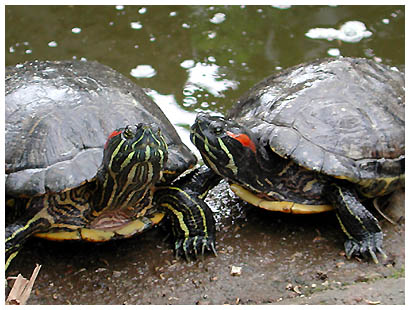 The advantage of it being so early in the year was that it was not crowded there. Besides Pauline, André and me, there were only two other people visiting the otters, and we had a great time watching and feeding them. There were several different kinds of otters. The small ones are one or another European variety, while the big ones are from North America. 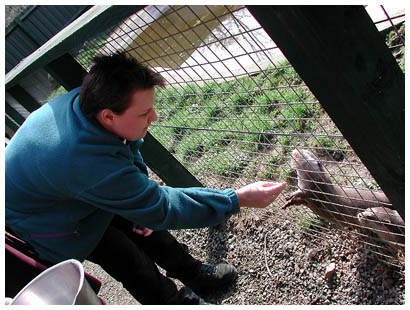 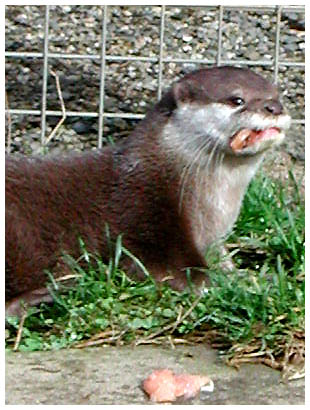 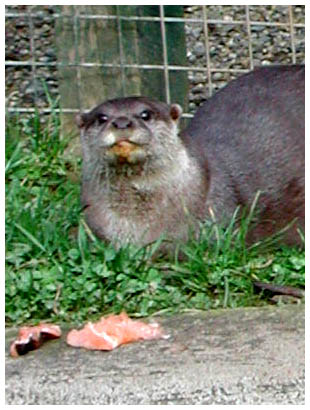 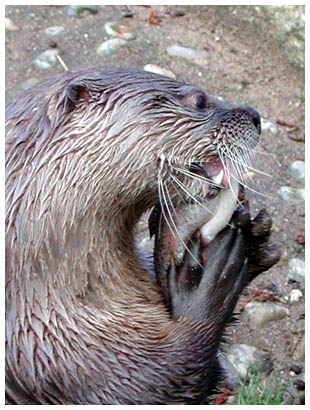 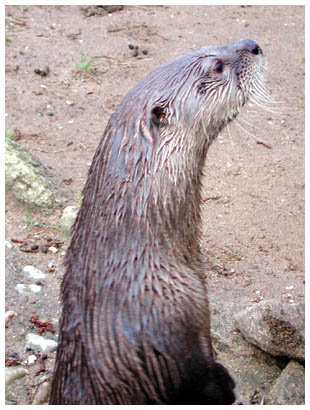 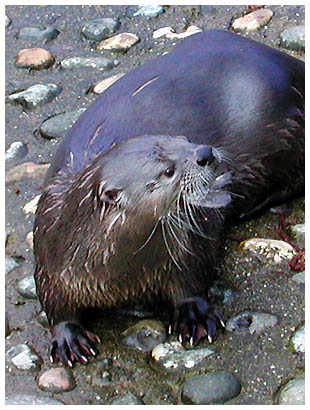 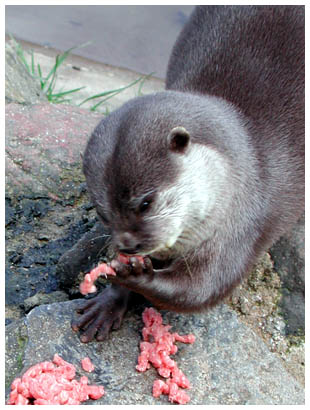 After visiting the otters, we stopped in a tiny village on our way back home; on a door I noticed this beautiful knocker. 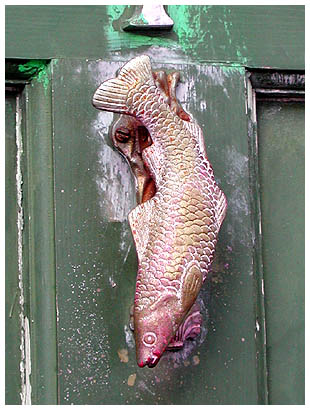